Being ready can take a long time
I started writing The PTA Assassin two and a half years ago. When it was done, I followed up with the first edit. Then a second one. Then a massive third edit took place last year when I paid someone professional to look at it. Since then it’s undergone a copy edit too, and after all that I’m confident it’s in a reasonably good state for submission.

I actually started submitting 18 months ago, sometime before the third edit, and I look back now and I’m not surprised I was rejected out of hand by everyone. It was horrible. POV was all over the map, my grammar was inexcusable in places and the climax at the end was about as dangerous as a Blue Peter advent calendar.

After a diligent manuscript review by my wonderful mentor at PWA, however, it was looking in much better shape. I got my synopsis together, brushed up my cover letter and started all over again with new agents. This time, I got some positive responses. Twice now, it’s made it off the slush pile, although not quite converted to a deal yet. Undaunted, I headed to the London Book Fair this week to meet with an agent face to face.

The Elevator Pitch
‘What’s your book about?’
So many other writers have asked me this at the LBF this week, and it’s been a brilliant way of polishing up my elevator pitch. By the time it came to meet an agent for my one-to-one session on Thursday, I could have told my 2-minute version of The PTA Assassin to her in my sleep. So instead of worrying about ‘knowing my subject’, I focused on preparing the other things an agent might be looking for when they met me – knowing around my subject.

Say it out loud before you go
I got on well with the agent I met, and she instantly warmed to the idea of the book. I have to say, that helped a lot. She asked me about the genre, the audience it’s aimed at, what books are most like the one I’ve written. Of course, nerves got the better of me at this point. I managed to a) forget Janet Evanovich’s name and then oh! the joy of remembering it, swiftly followed by b) not be able to say it properly the first five times I tried. Still, we got there in the end. I felt a bit of an idiot though. Note to self: Learn how to actually pronounce out loud the name of the person you’ve read books by since you were in your twenties and written repeatedly into your cover letter for the past two years.

Make a connection
The agent asked who my main character was, and what she was like. ‘She’s like Bridget Jones but with a gun,’ I said. ‘But more competent than Bridget.’ ‘So in a film, she’d have Melissa McCarthy playing her?’ the agent said. ‘No, I think she’s more of an Olivia Coleman,’ I replied. We laughed. ‘Got it,’ she said. It was a brilliantly fast way of getting on the same page and giving her a vision to work with. You don’t get that in an email submission.

Know what you want
She asked if there was a sequel and if I intended it to be a trilogy or a series. ‘It’s a series’ I said, although noted that there’s only a finite amount of research one can pick up on the internet about MI5 so there were limitations. We talked about where the PTA Assassin was set, how it ends, and where the next one picks up. ‘Don’t set it too far after the first one,’ said the agent, ‘or she’ll be 107 by the fifth book.’ I like the way she thinks. She asked what else I write, and what I do for a living currently. She asked briefly about another book I was writing but when I couldn’t describe it without stuttering, I asked if I could pitch that another time when I could remember what it was about and she laughed and agreed that might be best. She asked if I would be able/willing to write something at the suggestion of a publisher, rather than it being my own initial idea. We talked for 15 minutes and about half of that wasn’t about my book. It felt comfortable and not at all scary. Dare I say fun? 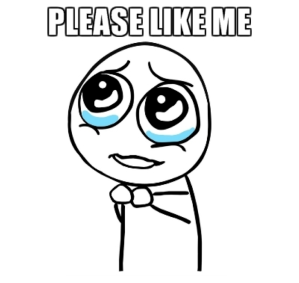 Stay positive
She’s asked for my manuscript. Obviously I was totally cool about it and didn’t say ‘Really?’ in a high pitched squeak of excitement (honest). But even if she decides that ultimately it’s not for her, I learned a ton about pitching from that meeting. Getting face to face time was great for me. It wouldn’t suit everyone, I’m sure, but for me it was great to be able to express myself and convey my sense of humour – humour that the book contains, too. You just can’t do that on a cover letter without sounding like a total prat.

I don’t know what will happen. I don’t know yet, if I’ll ever get an agent or end up self publishing. But even if you self publish, you still have to pitch your book to people to get them to buy the damn thing. There will be signings and launches and PR to do and every time, you’ll need to convince people that your book is worth reading. So I would say to anyone out there who’s in the same position, to practice, practice, practice, and get good at telling people about what you wrote. You never know who might want to read it.